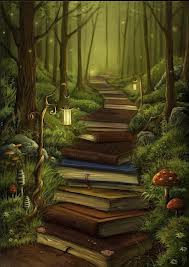 I just got an email that I am in the top 1% of Goodreads.com's 20 million readers and reviewers.  I wonder if that comes with a cash bonus incentive or a small plaque for my library wall.  Most likely my name won't end up in the local paper.  I'm guessing that little email is the extent of the accolades.  No matter.   I wasn't even aware that Goodreads was tracking my book reading or my review writing, so I'm pleased with just an email.  I'm thinking, though, that I'll have Paco design some sort of little certificate that I can hang up in my classroom--for motivation purposes...and maybe bragging rights.

Currently I'm kind of between books.  I have about 6 or 7 (Okay, 10 or 12..ish) that I'm almost finished with, but they don't seem to be compelling me like some others I've read lately.  I actually even put one down and told Paco that I couldn't picture myself suffering through to the end of it.  I am sorely disappointed too.  The title is Two Gardeners.  It is a series of extensive correspondence back and forth between E. 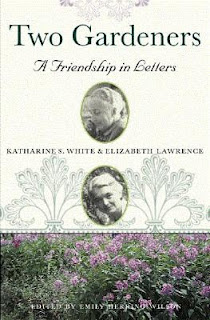 B. White's wife, Katharine, and a Charlotte, NC newspaper garden editor beginning back in the early 50's.  I was drawn to this book in a little Maine bookstore just a stone's throw from the White's farm.  I am an unashamed devotee of the E.B. of "Team White".  But this one? Way too much dialogue about bulbs and borders and cutting things back and not enough girltalk.  A yawner.  I may speed read it and change my mind.  I'll keep you posted.  Goodreads may have to forego, or at least await, that review. 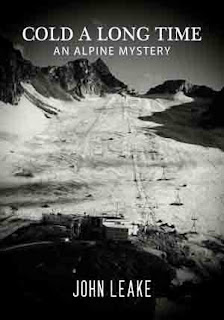 Now THIS book, on the other hand, was riveting, although not the best writing.  I picked it up off a bookshelf at Doug's Mountain Hideaway when we were guests in the VERY neighborhood of this book's setting!!!!  It concerns a young Canadian Olympic hopeful who disappears in Austria.  Twenty years later his body shows up at  a ski area where it had fallen into a crevasse only to emerge during an unusual thaw.  The hero of the story was his mother who doggedly pursued that story despite lying and nonchalance to the extreme everywhere she turned from police to embassies.  The author puts together the story:  The kid was skiing at the end of a day, injures himself, and then gets (albeit accidentally) RUN OVER AND CHOPPED UP BY THE GROOMER WHO TOSSES HIS BODY PARTS INTO A DEEP CREVASSE!!!!!!!!!!  Thus begins the huge cover-up.  It was quite a book of intrigue made all the more poignant because I could look out as I read (muscles stiff from our super-sized hiking) on the very glacier where this all took place.