This 'n That About Me and Mine 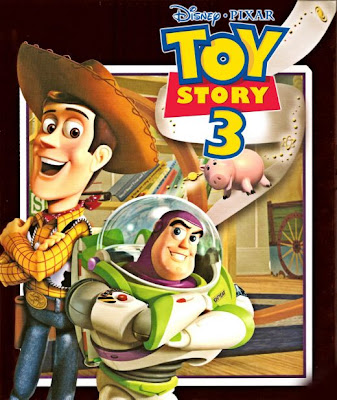 I'm on a bit of a vacation in parts east. One of the upsides (one among many) of moving around is that I've made friends in far-reaching places. When we left NJ, Paco promised me (because I made a scene) an annual trip back; he's made good on that--in fact, some years I've made two and three exoduses back. Currently I also have a daughter, a son by marriage, and a couple of smashing grandsons to draw me here. Highlights so far:
--DC temple
--lunch in Kensington with Rosie (BYU/Jackson days friend)
--Amish market in Maryland countryside
--birthday banner sewing marathon
--5 Guys
--Philly walking mural tour
--premier Toy Story 3 IMAX 3-D
--TWO Broadway plays!
--Junior's cheesecakes on Time Square
--Toys R Us on Time Square
--Art All Night (art festival in Trenton)
--ALWAYS A GOOD TIME WITH MY WACKY PA/NJ FRIENDS
A non highlight was the gaping black hole formerly occupied by Mary Jane. I inched around it emotionally...I'm guessing it will forever be the NJ Grand Canyon for me now.
Thanks to all the stupendous hosts and hostesses--both two and four legged!!!!!
Posted by Mad Hadder at 6:33 PM 5 comments:


Who's that in the upper left hand corner--diagonally from Bah Bah??? And why didn't we elect Ralph?????
Posted by Mad Hadder at 4:58 PM 4 comments: 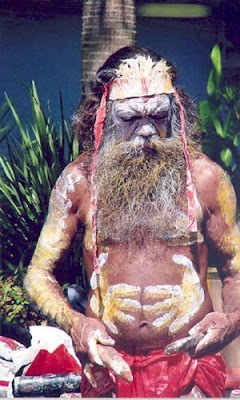 Here's a recent picture of Paco. If you haven't been keeping up with the condition of things out here, you may have missed what we are lovingly calling our "primitive period." In the last month we have foregone the pleasure of hot water in favor of falling-cascades-of-ice in our shower supplemented by pots of boiling water we haul up the stairs. Our lawn mower has also been incapacitated--I think it threw a belt or coughed up a screw or something. The resulting effect has been pristine. Picture waste high green grass waving in the wind. When you breast your way through it, it gives a pleasant Whoosh. We were pricing scythes on-line when, indeed, lawn mower returned from rehab and resumed its activities. Now we are faced with a baling quandry. What to do with rows and rows of cut grass? About six weeks ago our microwave blew one day when I was making pies. It's a combo micro/convection/regular oven, so who knew that cranking it up to 400 would cross its line?? An internet search revealed that we now belong to a select club of other consumers who have crossed that exact line as well. Living without a microwave is right up there with foregoing air for five minutes. We've eaten lots of cold leftovers and had to resort to sticking pork chops in our armpits to defrost them. All this aside, we could have and HAVE limped along muttering as we go, had not our dishwasher been recalled the other night. Is there no decency left? What kind of karma is being rained down? I rant and rave. Paco grunts. But isn't his body paint becoming?
Posted by Mad Hadder at 10:03 AM 3 comments:

An R-rated Day on the Farm! 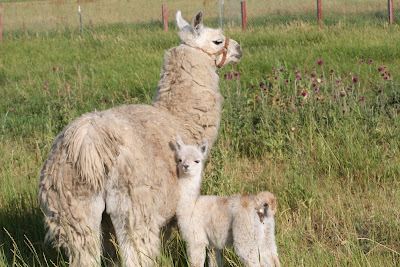 With Mary Jane as an on-looker, Obama jumped Dalai's bones tonight in a desperate show of his love and devotion--yeah, right. Paco heard indescribable noises from the field and called up to me, "Obama's making history!" My first thought was of Washington DC! I was up giving a library tour to a friend and her two young adult daughters. We could see the torrid scene out the window just barely through the crabapple tree, so we moved out to the deck of the outdoor staircase and SAW THE WHOLE THING!!!--but just for a few seconds. Oh, yes, indeed we did. Morgan and Jessica may never be the same! So with only 350 days to go, we're back to the same point we were at about a year ago--waiting for another baby. For your enlightenment and edification here's just exactly what goes down in the llama reproduction arena:

Llamas have an unusual reproductive cycle for a large animal. Female llamas are induced ovulators. Through the act of mating, the female releases an egg and is often fertilized on the first attempt. Female llamas do not go into "heat" or have an estrus cycle.[4]

Gestation
The gestation period of a llama is 11 1/2 months (350 days). Dams (female llamas) do not lick off their babies, as they have an attached tongue which does not reach outside of the mouth more than half an inch. Rather, they will nuzzle and hum (probably because they don't know the words...ha ha) to their newborns.[6]

Crias
A cria (pronounced cree-ah) is the name for a baby llama (also alpaca, vicuña, or guanaco). Crias are typically born with all the females of the herd gathering around, in an attempt to protect against the male llamas and potential predators. Llamas give birth standing. Birth is usually quick and problem free, over in less than 30 minutes. Most births take place between 8 a.m. and noon, during the warmer daylight hours. This may increase cria survival by reducing fatalities due to hypothermia during cold Andean nights. While unproven, it is speculated that this birthing pattern is a continuation of the birthing patterns observed in the wild. Crias are up and standing, walking and attempting to nurse within the first hour after birth.[7][8][9] Crias are partially fed with llama milk that is lower in fat and salt and higher in phosphorus and calcium than cow or goat milk. A female llama will only produce about 60 ml (0.0021 oz) of milk at a time when she gives milk. For this reason, the cria must suckle frequently to receive the nutrients it requires

Hmmmmm...a little math here. Actually we just back up 2 weeks. Right? Mid May. Crikey. At THIS rate...factor in Mary Jane...hmmmmm...indeed we seem to be in the business.
Posted by Mad Hadder at 9:54 PM 2 comments:

I have no idea if I watch my "share" of movies or not. Some accuse me of sleeping through many. That's just not true--only about 10%. However, I will admit Ive watched SIX in the last 48 hours. Excessive, I know, bordering on idle. In my own defense, this is subnormal activity for me. With that, I shall redeem my actions by reviewing these movies to the best of my slanted ability: 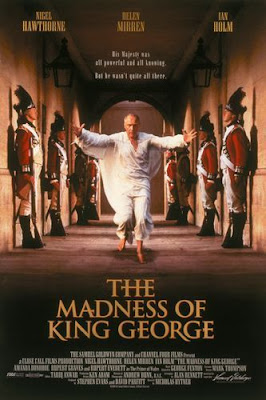 THE MADNESS OF KING GEORGE--This was in our Netflix que. So many book and movie recommendations come my way that I'm incapable mostly of tracing sources. This one falls into that category. It deals with King George of Revolutionary War fame. Folklore (as evidenced by Paco running up the stairs with Google's King George info after I yelped down "Why's this guy nuts?") attributes his bouts of madness (incoherent talking, random hustling everyone out of the castle because of an impending flood, wild flailing, general foolishness etc.) with arsenic which was found in his hair follicles--apparently he was dug up. The note at the end of the movie attributed it to a genetic malady which resulted in sporadic "misconduct". His medical treatments/tortures were OFF THE WALL!!!! For a romping good time asking yourself "They did THAT to a KING?" go get this one. I had NO idea. A facet of our country's beginnings of which I knew nothing. 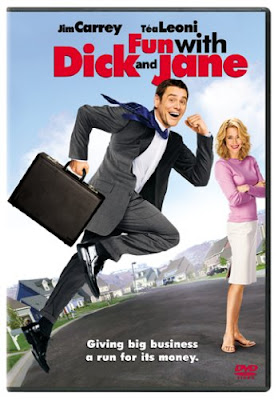 FUN WITH DICK AND JANE--From our library. Oh, but it makes me belly laugh! I LOVE IT! This time around it hit a little too close to home what with the unemployment and all. Jim Carey is like concentrated orange juice--you don't sit down and eat him with a spoon in large doses. But he is just perfect in this. Jane the wife is marvelous. A movie for our time...actually a remake. Funny funny. 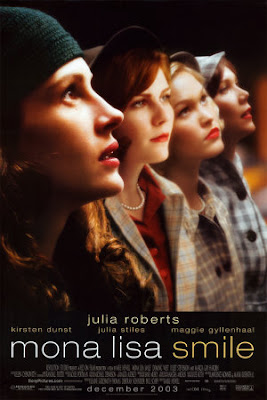 MONA LISA SMILE--The best parts of this movie are Julia Roberts' roommate who teaches poise and ettiquette at Wellesley--she's imprisoned herself in unfulfilled dreams-- and the 50's ads at the end of the movie right before the credits. I'm a sucker for books and movies about privileged kids. Add in some 50's and archaic ideas and you have a ringer. Go get it and watch it again. 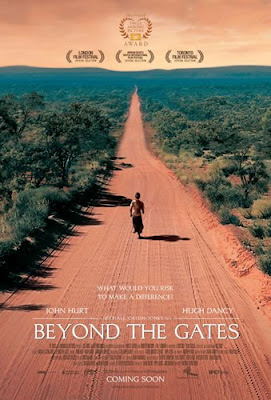 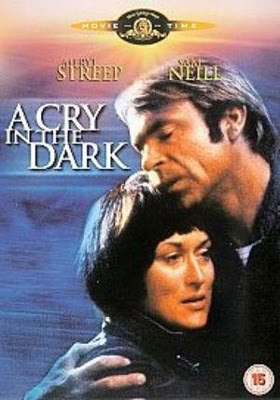 CRY IN THE DARK--"The Dingo ate your baby." This was stomach churning intense. I actually found it among my collection and removed the cellophane! No idea it was there. I was rivetted. An Australian family is camping when they discover a dingo leaving the scene and their 12 week old baby daughter is gone from the tent. That would be nightmare enough, but THEN the mother is accused of murder! The ultimate TRUE nightmare. Meryl Streep. The dingo as himself. Spoiler alert: When the mother's sentence was announced I gasped so loud I woke Mugsy up with a start! 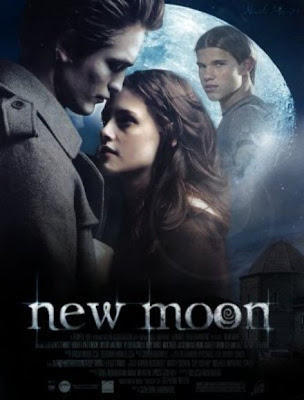 NEW MOON: From the public library. I always strive to give writers a chance--especially those with whom I share alma maters (mati?). But come on, folks. Really. Bella is portrayed as the most depressing flat, morose, mundane of characters--AND THAT'S WHEN SHE'S AROUND EDWARD!!!!! Jacob has potential until he shaves his hair off and MORPHS into A Wally Cleaver look-alike!! All the rest of them need LIVER!! I just don't GET the Twilight books. And Badly badly acted movies. Dakota Fanning?? Did she show up there in that Italian part? I confess I haven't finished this one. Lobotomy? Unanaesthetized C-section? Or New Moon? Don't make me choose.

What have you watched lately?
Posted by Mad Hadder at 6:41 AM 7 comments:


Some may remember our beagle, Derby. She was also "one of a kind", and STILL may hold the world's record for nursing a kitten! What was it, guys? Mother's Day to Christmas??? We've had a rash of babies in our family the last month or so. Lots of wonderful mothering going on. Ain't it all GRAND??
Posted by Mad Hadder at 7:00 AM No comments: