"We'd like to welcome back from a period of semi-comatose inactivity--Madhadder! Let's hear it! Give her a warm welcome!" It's been a fun, action-filled month, but I have had absolutely no inclination to blog. Nada. Contrary to normal spring tendencies, we don't feel rejuvenated here after a long winter. In fact, technically you could say we're STILL in the midst of winter! I kid you not. Snow. Wind. May two days away. As I look out the window here I see Paco fully suited up in his chore coat. He seems to be moving some large pieces of wood. I'm guessing this is his rendition of "Tomorrow is shearing day! Better make a shearing pen!" I'm going to miss ALL the fun because I'm headed out to see the traveling Broadway hit "Young Frankenstein". Poor poor me. But I'd like to be here too!!!!!! Paco will take pictures and give a blow by blow when I return. I hope our animals don't get hypothermia once they're shaved. I have a darling children's book about a herd of sheep who were sheared before the weather got warm, and the farmer's wife ended up knitting them all cute little sweaters!
17 more days of school. Our students ROCKED their state tests last week!!! Thank you very much!!! I spent a super two days in Park City while they tested away. Taking my Young Women to a 5 stake dance tonight. We're hunkering down here for big big changes. If I didn't think someone might stalk this blog and get the wrong idea, I might post about that. Email me and I'll share. marhadd@gmail.com And last but not least, here's a breathtaking exhibition of animation stupendity courtesy of my youngest son--a dilly of a kid. Enjoy!

Posted by Mad Hadder at 1:54 PM No comments:


But I might add...she needed a comma before the conjunction separating her two independent clauses. I'm just saying...
Posted by Mad Hadder at 6:10 AM No comments:

Maybe I'll just stop with the title. I took a blog break--not planned or connived. I usually have all manner of enthusiasm for blogging--I find it refreshing, creative, and a heck of a great place to sprinkle my seemingly limitless dashes. Has anyone noticed that I am a dash-aholic???? I am--I find them the most fulfilling punctuation mark (marks?) by a landslide. Lately here we've been wooing spring--two steps forward, one back; three forward, EIGHTY FREAKING EIGHT back!!! And so on. I'm thinking by noon each day that perhaps we can roust out the electric car; then by 4 the clouds are billowing in, and snow once again rules.

We groomed Mugsy a while ago. A letter came from the Mastadon Associates that we did, indeed, need to either return Mugsy to Shih Tzu status or register him officially with them. In the process the groomer was forced to expose little piggy ears because of excessive ear matting. Who knew that Mugsy has little pig ears???

We've also been wrestling with future plans here. Paco is studying for the elementary PRAXIS test he'll need to pass prior to striding into the next chapter of his life in the inner bowels of Tulsa. He's ever so excited. The scene is not totally set yet--will update. 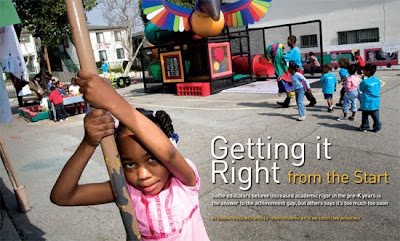 Today the track meet in Malad reduced my afternoon classes' attendance by 75%. So what are ya gonna do? We pushed the desks back, laid out my brand new Dollar Store baseball bases, found a foam dice, turned a roll of paper towels into a bat, and had a rousing game of baseball. I hit several home runs, thank you very much.

I didn't win the Kindle at the library. I DID read 49 books. I DID win a grandiose bottle of intoxicating body lotion

Can you see why I haven't been blogging? I'm boring myself half to death here.
But in the broader world, my darling blog friend in New Zealand has birthed yet another beautiful baby. My newly-pronounced atheist blog "friend" has gone beyond testy, and I'm tapering off there with her. I got into it a few times with her--so not worth it. But her chicken whispering sister is still one of my favorites. (The wind is howiling. If I see a cow blowing past, I will exit and stop mid-sentence. Just so you know.) The one blog I've been following for three years took an interesting turn. This gal has 7 kids, writes columns in all manner of women's magazines, is funny most of the time, and seems to find no problem with all 6 of her boys having hair clear down nearly to their waists! She recently announced that her marriage was over. I didn't see it coming.
. 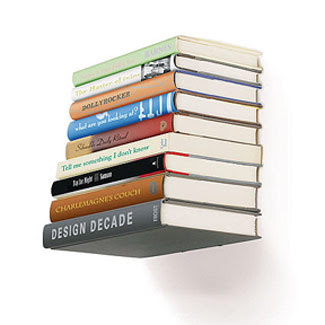 I've started a whole new tower of reading on my nightstand. It stretches nearly up to the floating bookshelf on the wall. I've decided I'm never truly happy until I have at least 15 books percolating, another couple in-flight winging their way to I-DEEEE-HO from amazon, and more kid-reviewed ones basking on my desk at school. The concept of

Flies. Oh my ever home-baked goodness, yes. They're sucky. Low low lifeforms. We have TWO hand vacs now, so I never have to have one minute of down time in my vigil.

And last but not least, never ever assume that the glimpse bloggers give into their lives of rosy perfection in any way resembles mine. I sometimes toss and turn in the night with a mind heavy as I review the losses of others, the inanity of the world at large, the general decline of so much around me, and an ever-emerging feeling that could perhaps be interpreted as gloomy foreboding. Just didn't want to give the false impression that we here at Everlasting Acres have it together--for very long--about most things--lest you think you're all alone. I fear sometimes we DO think we're all alone. Not so.
Posted by Mad Hadder at 7:51 PM 4 comments:


This is the ONLY thing I find to laugh about today as I look out on yet another endless white ocean of snow...but I'll keep looking and keep my humor antennae up. You too.
Posted by Mad Hadder at 11:05 AM No comments:

And apparently edged out 35,000 other applicants. Check out this video about Teach For America, and then picture Paco in Tulsa, OK in an elementary classroom! I KNOW!! An interesting turn of events here at "Give Us Your Tired, Your Weary, Your Poor" Acres...