"Excuse Me. Is That an Elephant On Your Divan?" 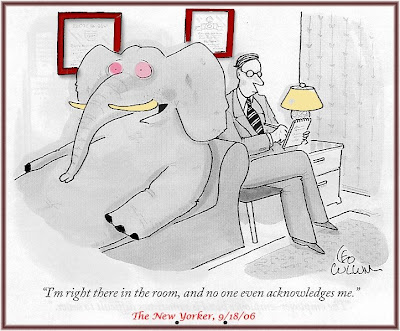 Paco joined millions of our fellow Americans on the unemployed lists in December. The initial news felt like a blast of foreboding chilly air, but we've warmed and adapted. Gallup headquarters is no longer at risk of attack: "Crazed English teacher storms corporate headquarters and pelts stink bombs into the lap of the CEO while stunned on-lookers attempt to restrain her." No, we've chosen the moral high ground on this touchy matter. Actually Paco and I are committed to pioneering our way into this global economic crisis. We will bravely go where no man has gone before so that you may all learn how to thrive in the coming times with grace, thrift, and perhaps even humor. We've cut out some frills (How many of those satellitle channels do you REALLY watch?), tightened our spending, refinanced our home, laid in a mountain of food storage, and listed another mountain of stuff on eBay! Paco is happier than I've ever seen him. He's rediscovered his guitar and banjo, and I find him singing Hootenanny style in front of the fire! Singing!!! "She'll be wearing knit pajamas when she comes. She'll be wearing knit pajamas when she comes. She'll be wearing knit pajamas made from handspun wool from llamas, oh she'll wear her knit pajamas when she comes!" We're growing some wheatgrass under growlights in our basement, and when spring comes, up goes the greenhouse! It's all good. Never has the future taken on such a blank canvas sort of complexion, and if that sounds like an adventure...well then grab your guitar and make some music! Keep posted. We'll update with all manner of providential living savvy. Just scouting out the territory! Paving the way! "Oh the times--they are a changing..."
Posted by Mad Hadder at 1:42 PM 9 comments:

Blast From the Past


I've been listening to a cd of Little Shop of Horrors that my friend Eileen sent me. This song makes me laugh! This one goes out to Paco who had his teeth cleaned yesterday!
Posted by Mad Hadder at 1:29 PM 8 comments:

Happy New Year to All!

In light of everything globally, nationally, and personally that rained down on us in 2008, this is a timely message sung by one of my favorites who has never been replaced...Take it to heart. God bless us all. 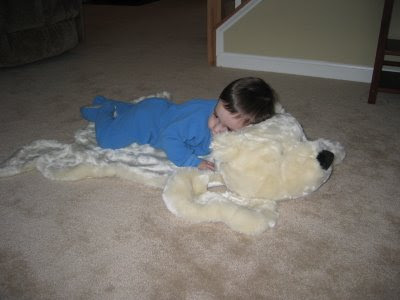 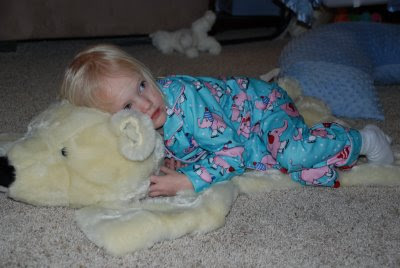 Snuggle rugs for grandkids. I think we made a good choice. Maybe I'll get Paco one as well.
Posted by Mad Hadder at 8:11 AM 4 comments:

And now a word from our four-legged citizens.
Posted by Mad Hadder at 7:35 AM No comments:

None of These in Our Parts

I like the cowboy with the lint brush.
Posted by Mad Hadder at 3:08 PM No comments: 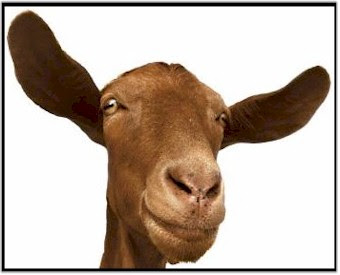 Some stories are just too good to pass up. Thanks to the wonders of technology we can preserve them! And add a graphic as well! Yesterday one of my seventh graders was telling about his uncle-we must have been talking about llamas. This uncle's goats got into the house one night while everyone was sleeping and really made a mess of things AS YOU CAN WELL IMAGINE!!!!! Particularly the uncle was livid to be awoken by them and discover plants clipped down to the roots and mounds of other disgusting stuff deposited around the house!!!! Oh the images!!! In his fury he grabs his gun after herding the goats outside--I'm thinking my student said there were four goats. He shoots the goats and then drives the 4-wheeler up to load them in for the trip to the top of the hill where I guess he would dig a mass grave or leave them for predators. Just as he's taking off, trailer piled high with goat remains, the little daughter (aroused now by the ruckus, I imagine) looks out the window and exclaims, "Mommy! Why is daddy taking those sleeping goats on a 4-wheeler ride?" I know I shouldn't have found ANY of that story funny, but oh I so did...
Posted by Mad Hadder at 12:06 PM 1 comment:

The Many Faces of Insomnia

I've been down many Internet paths since I woke up abruptly at 12 something, but I just had to stop and immortalize this coat I found cruising around on Etsy.com. This is extreme knitting! I am speechless. If I had any character at all, I'd take the dog shaver out THIS MINUTE to the barn where our llamas are hopefully bedded down and in la la llama land! Then I'd card and spin that wool TONIGHT, make one of these coats, and then head for...oh, I don't know...Vegas! Do you think I'd stop traffic on the Strip? Get arrested? Forging on here. It's 3 A.M. now; back to Etsy. You'd think I'd be zonked out. Paco and I spent about 3 hours snowshoeing yesterday in the shadow of the Tetons. Sheesh...
Posted by Mad Hadder at 2:53 AM 1 comment: