It Doesn't Happen Every Day 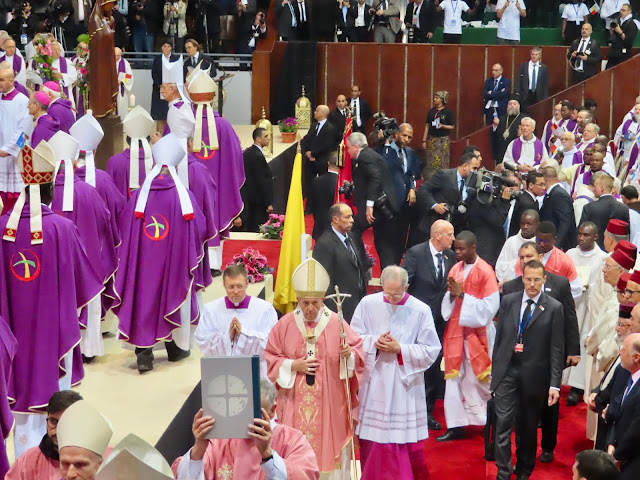 Thanks to Archbishop Cristobel (friend and partner of LDS Charities), we had VIP tickets.  They didn't put us on the front row--I think those were reserved for God and some angels--We were seated comfortably above all the action just about 100 feet from the papal chair. 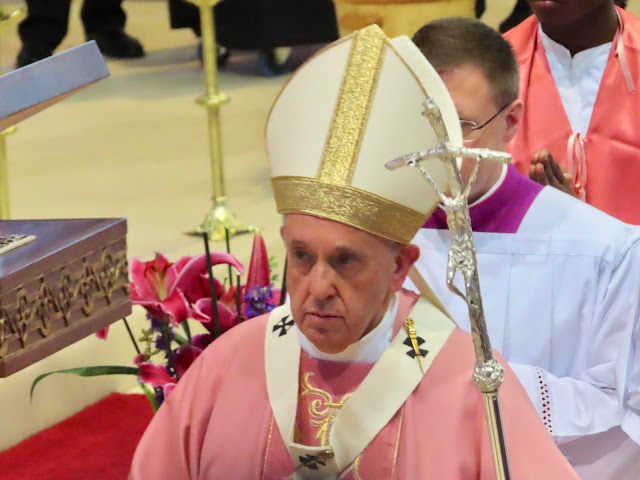 By the time the entourage arrived, we'd been in our seats for nearly three hours.  He was fashionably (45 minutes) late, but not to worry!  The crowd was a teeming mass of 8,000 mostly Africans singing and clapping and waving flags to pass the time!  Such a carnival!!!  So fun!  They all seemed to know the songs! 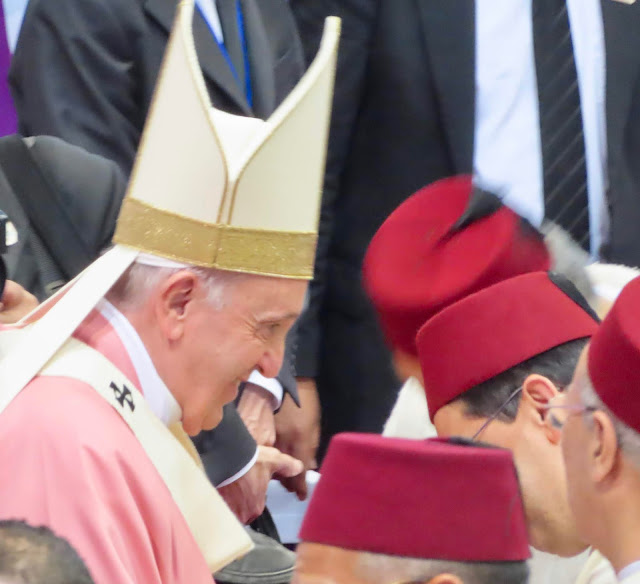 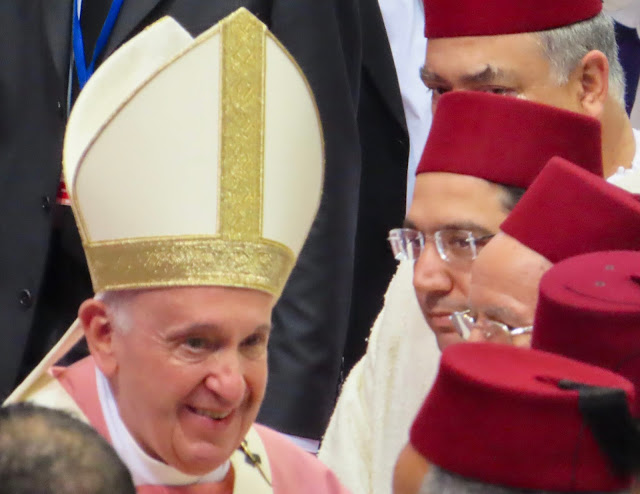 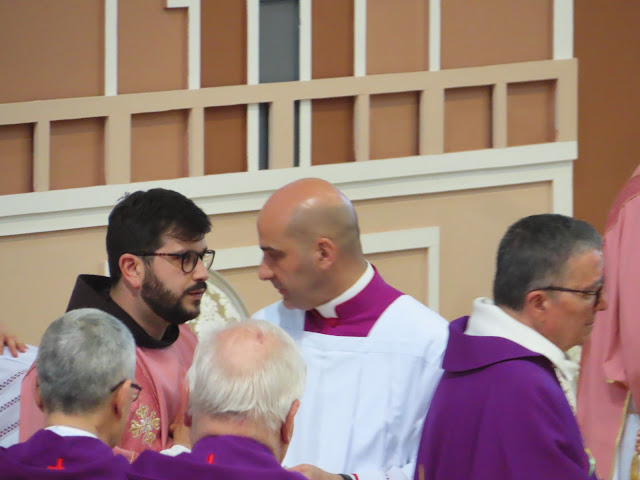 Because we had so much time to take it all in, I fixated on this bald guy.  It didn't take long to figure out that HE was in charge.  First he and two others were dressed in these striking slimmingly handsome magenta and red frocks.  Then right before the big event, they put on spotless white over frocks.  This guy was fascinating to watch.  He was just one step ahead of EVERYTHING--guiding someone to a spot, adjusting papers on the podium, placing special folded napkins here and there just so, filling the wine chalices, whispering.  But the thing that was so outstanding about him was that he did it all so so gently with so much composure.  He glided!  I don't know where he ranks--maybe he was even a temp hired for the day!  Betting not.  Betting he's the Pope's guy around the clock.  Now that you know who to look for, see if you can find him.  Jerry and I dubbed him the "Vatican Martha Stewart." 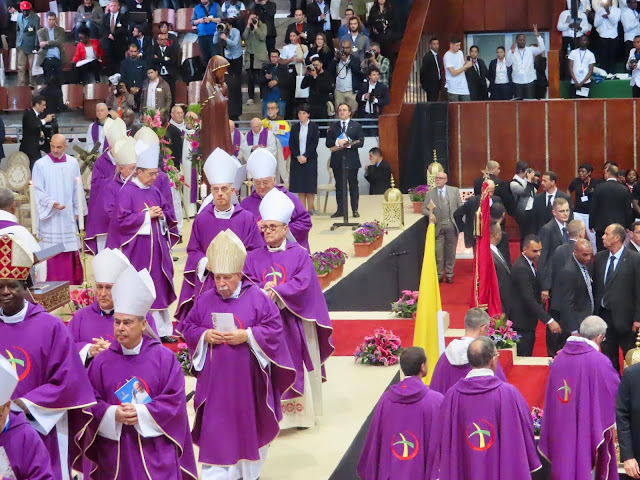 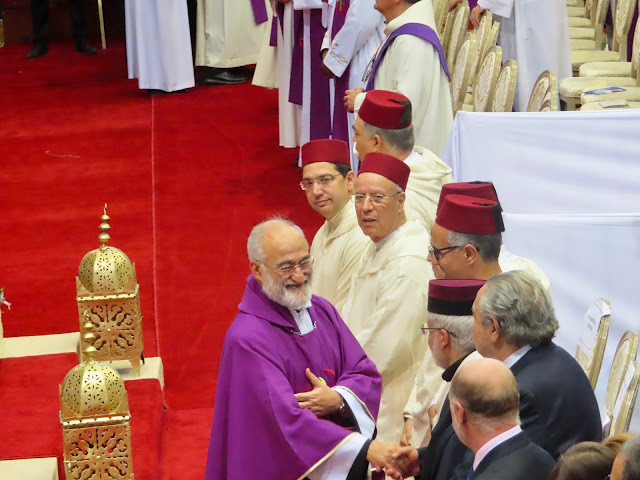 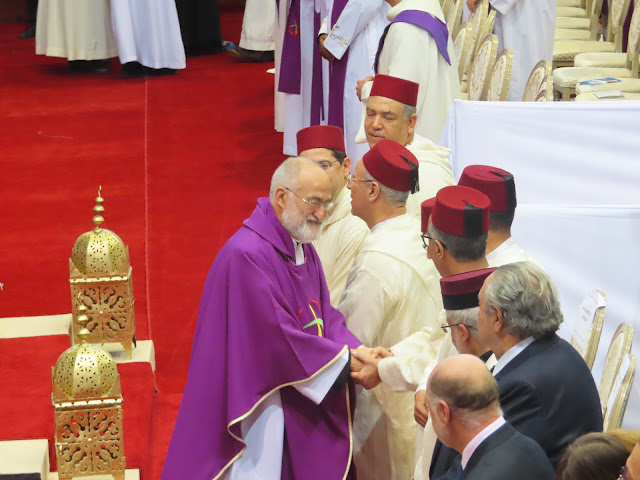 working the crowd--I have never met a kinder man. 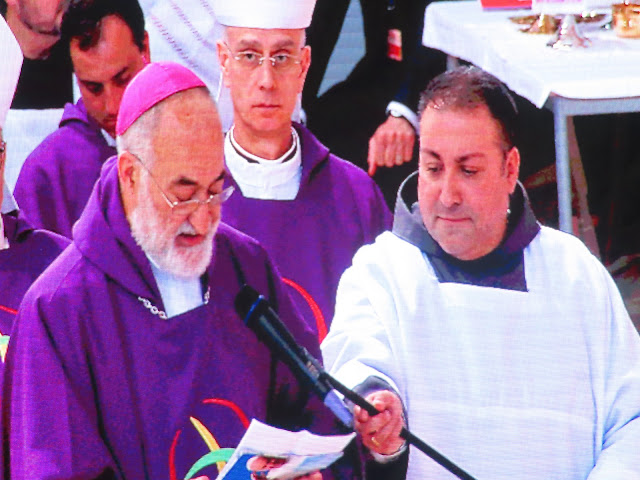 Assuming, because he is the Archbishop of Rabat, that he is giving a sort of "Welcome to the Hood!" speech.  I took this picture off of the jumbotron to our side. 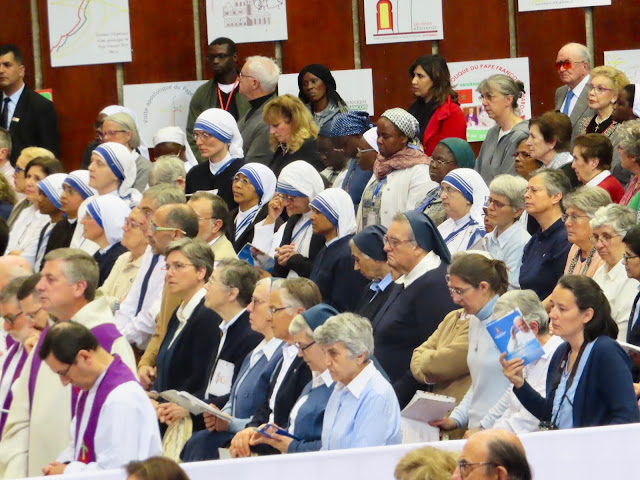 Sisters of Charity (Morther Teresa's order) sprinkled among the crowd.  Apparently, Morocco has 178 nuns.  We're going next week to meet the ones involved with LDS Charities.  You'll be happy to hear that their children's burn clinic neighborhood got some new sidewalks AND streetlights in preparation for the Pope's visit there! 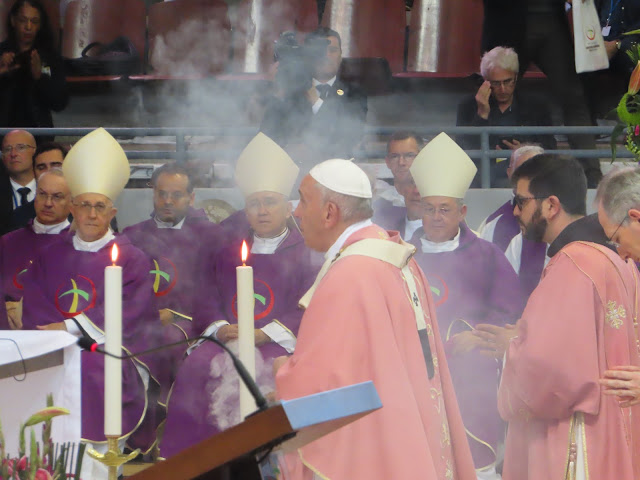 I don't recall too many masses in my past--maybe a handful.  This one came with the story of the prodigal son.  Here's NYTimes' take on that. https://www.nytimes.com/2019/03/31/world/europe/pope-francis-trump-morocco.html 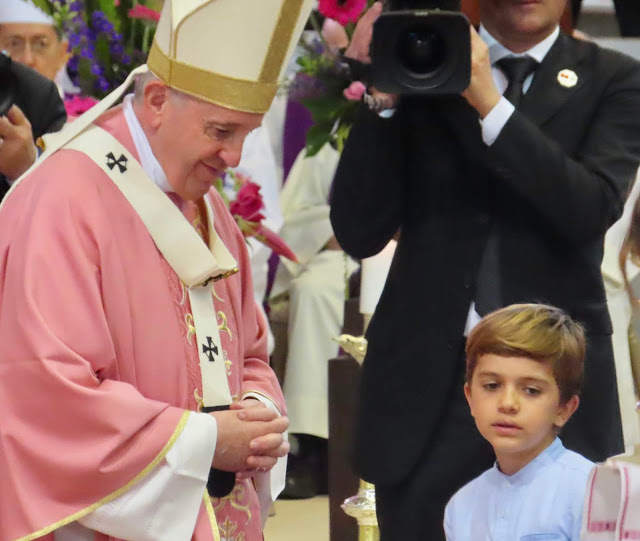