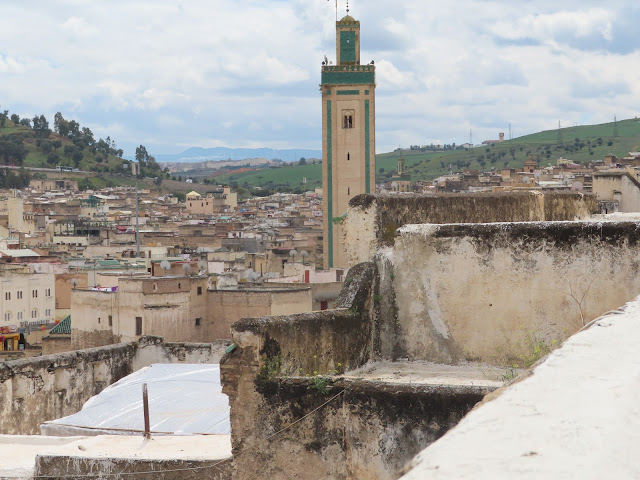 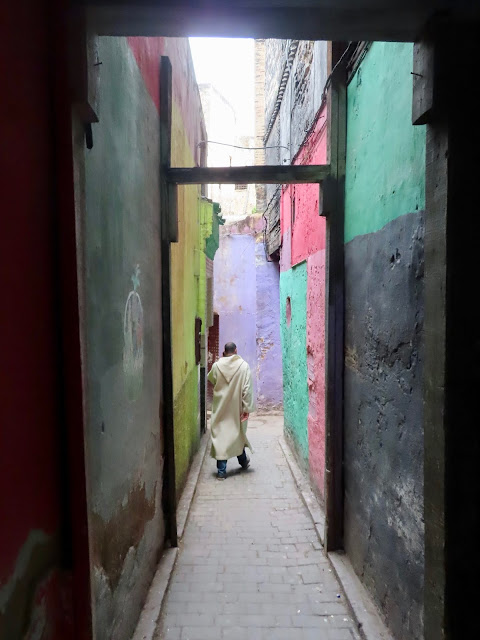 We hopped a train and took a little junket to Fez. 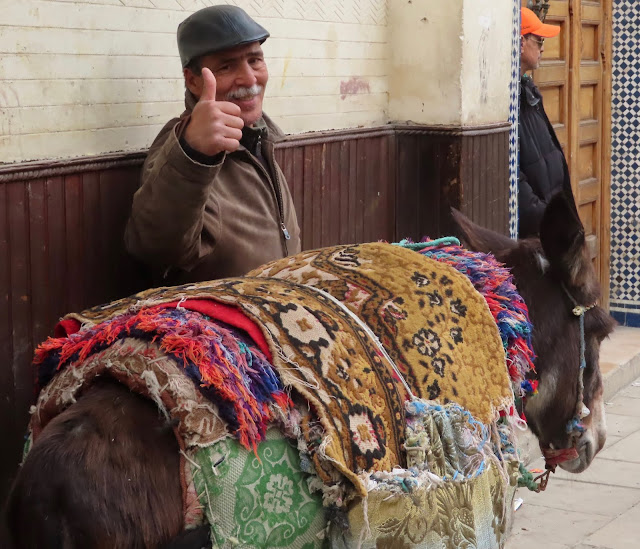 At least one donkey guy thought that was OK!

Jerry booked us a very reasonable riad inside the medina.  It looked quite a bit like this and came with a magnificent breakfast.  I think we've made some friends there and will be back! 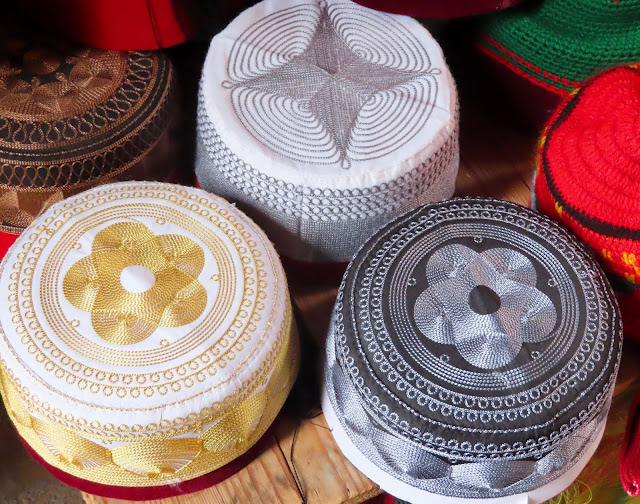 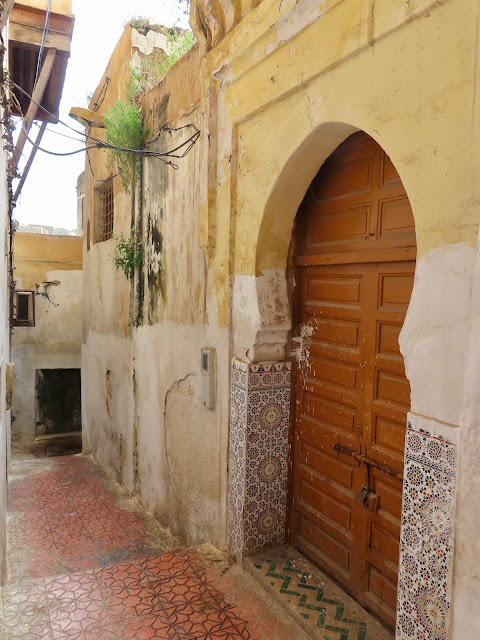 Fez is Morocco's second largest city and was the first capital.  It has a long and colorful history. 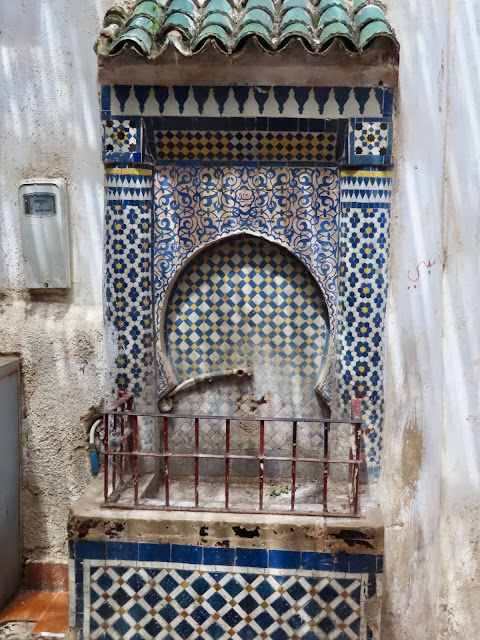 Fez also boasts the world's largest medina and even edged out Istanbul in the bazaar "Miss Congeniality" category! 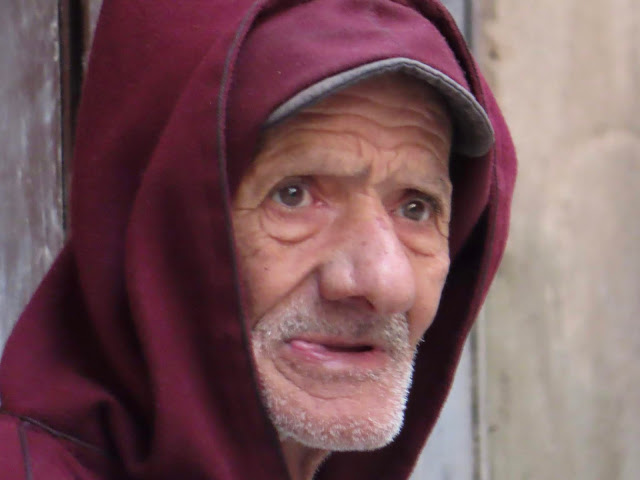 The medina is very very crowded, noisy and ALIVE!  The mosques are busy intersections as the devout flood in and out when signaled by the never-ending call to prayer.  You can get swept up in the mass and miss the "one" if you aren't careful. Morocco never fails to gift me interesting faces.  This experience, along most assuredly with China, has expanded my worldview.  I have a deep emotional attachment to the nameless beautiful faces. 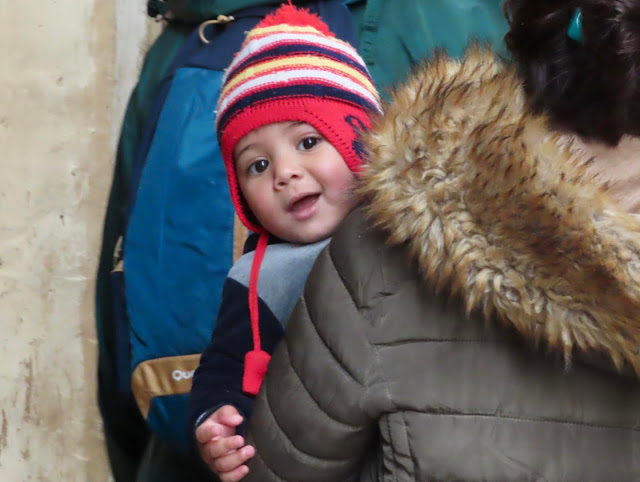 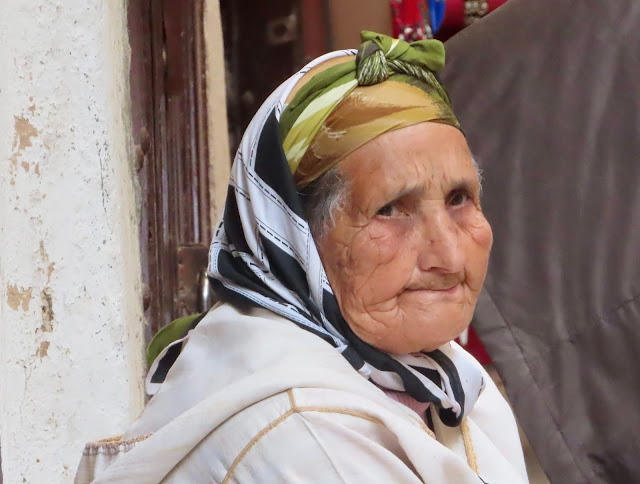 I would want this woman on my team... 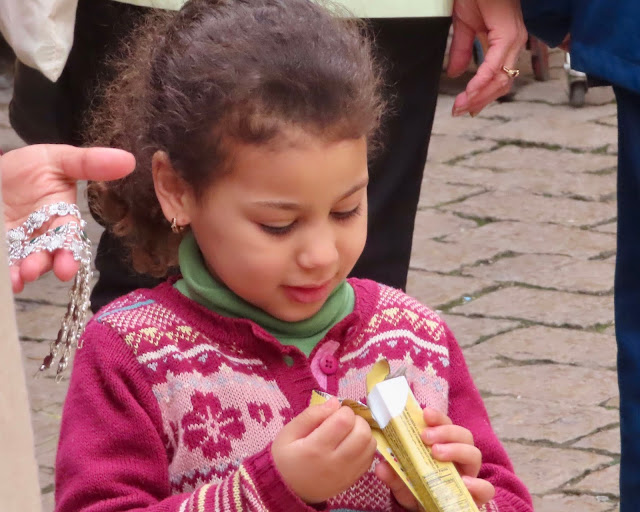 A child's anticipation of candy looks the same in any setting. 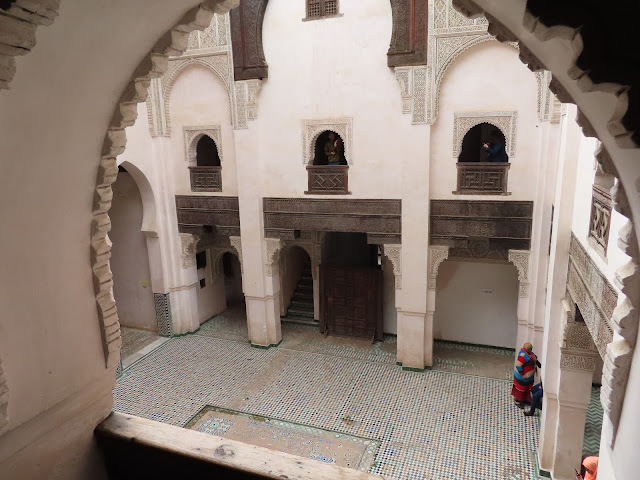 Fez also boasts the world's OLDEST university shown here.  Karueein University--founded in 859 A.D. by a woman, Fatima El-Fihriyya!!  Tuck that away in your Jeopardy brain! 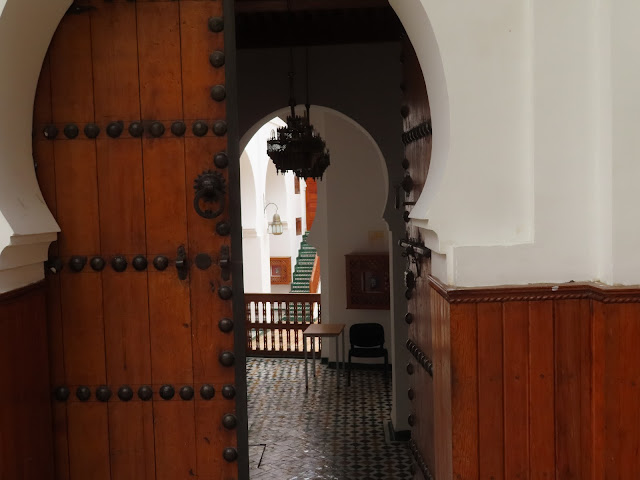 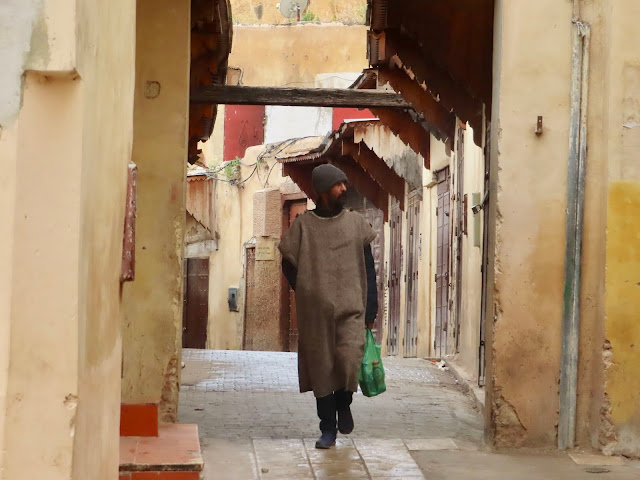 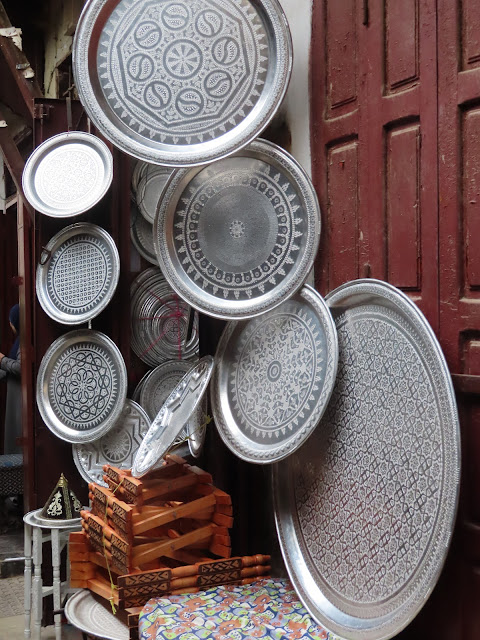 The medina has several different artisanal neighborhoods--copper, fabric, wood, silver, and leather (which will be another post). 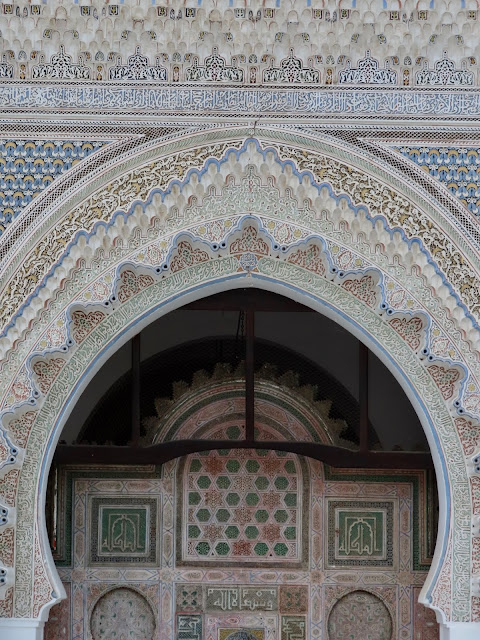 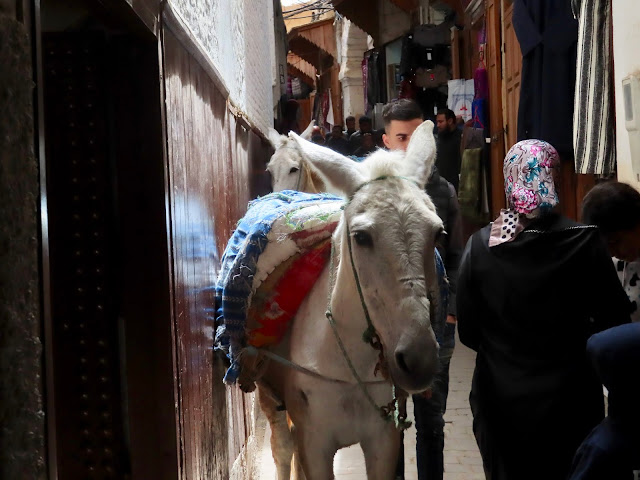 Now don't tell me someone isn't bathing their donkeys.  I wouldn't even put it past them to rub some oils in as well.  "Ooo, a little lower." And nary a smell.  Didn't see any manure either! 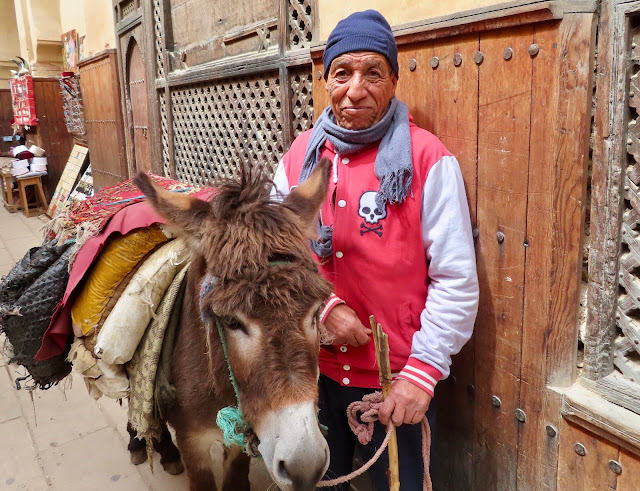 If my Bench Road Donkey Golden Years Nursing Home ever comes to pass, I'm hiring this guy as my foreman.  Skull and all. 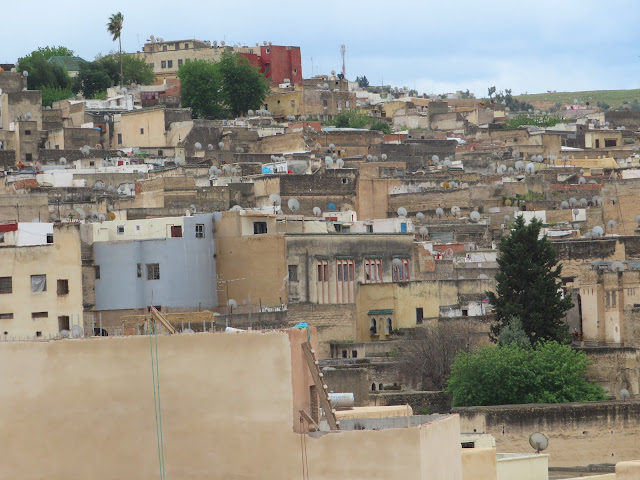 Fez was a bases-loaded homerun.
Posted by Mad Hadder at 2:30 PM