All the Pirates I've Ever Met Have Been Named Cynthia 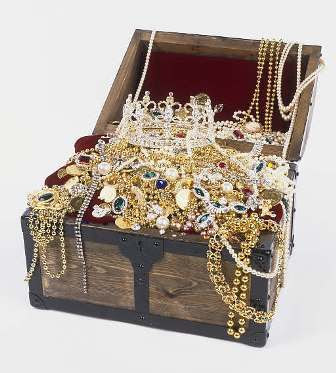 I struck pay dirt on a flight home from Tulsa last week. You can imagine my delight when my seatmate in the pink tanktop turned out to be a charming, talkative, very open, living, breathing, walking, talking...(wait for it).....PIRATE! Of course she didn't divulge this information immediately. She veiled her true identity behind her day job (Oregon state investigator for Medicaid fraud--OH MY GOODNESS! The tales!! Stings in Texas! Stings in a vet office!), her marriage story (Rick was four seats up. Large gorilla of a guy she met in Home Depot where he was most helpful AS SHE REBUILT A HOME BY HERSELF!), her overseas (Macedonia, Slovenia, Bulgaria) exploits involving humanitarian work where her marriage ultimately caved, and the woes of a beloved stepchild turning away from her. Cynthia poured out her heart over the death of her marriage. I detected another woman in the story. We both teared up. Probably somewhere over Denver the conversation turned to life on their sailboat/home in Portland, plans to sail the world, and then she ever so casually mentioned that Rick and she belonged to the Portland Pirate Association...AARGH!! That's where the conversation veered sharply. I was immediately transported into THAT world! AHOY OH BOY!!! Treasure hunts, swashbuckling, "hangings" from trees, large bonfires, gangplanks, bustiers, eye patches (I could picture Rick as a very LARGE imposing pirate!), and a sort of comradery with other pirates that might resemble much the same one I have with my knitters. I received a personal invitation to "Come up!" which I shall entertain most seriously and perhaps combine with the ukulele festival I'm investigating. So we landed, we hugged, I was introduced to Rick, she handed me a cool business card with a picture of their sailboat home on it, and I mozied back home. Bending minds didn't seem all that exciting, after all. Life in my classroom oftentimes resembles a mutiny, I DO swashbuckle on occasion, my students are probably only a few steps removed from true barbarism, and I DO have a sword that drips fake blood in the bottom drawer of my filing cabinet which we use as a prop when the need arises. I most likely will never sail around the world, nor will I don a bustier. I'll probably retire as a dowdy English teacher (minus the bun). Ho hum...how do I stand myself?
Posted by Mad Hadder at 6:06 AM

Well hello there! I was afraid you'd quit blogging forever! ...A pirate! Something about airplanes gets people to divulge all of their life secrets. I wonder what one has to do to become a pirate?

How interesting! Did you tell her you have a grandson who believes he's a pirate? We can't wait to see you, it's just around the corner.

I could never see you as a retired dowdy English teacher bun or no bun. Bustier........ Oh come on! Glad your plane trip was fun! Welcome home. Time to put your feet up by the fireplace and enjoy a little bit of knitting. I have completely knitted through all my alpaca wool already. What's a knitter to do?!

Aaargh! That was a fine seatmate! My expectations for my next plane ride are now ridiculously high.