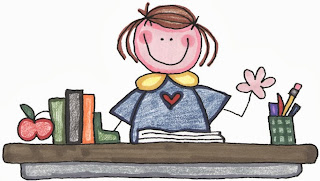 You knew that if you waited long enough, inevitably, I would be in an insomniac state (cue giggling among some followers--of which I have about 4, so I probably ought to just name names).  Oftentimes these wee-in-the-morning posts yield soul searchings or true confessions or even pictures of trash composters.  I'm certainly not in control of them!  A cold has me up.  One of those laryngitis kind where you feel like something large and zoo-like is parked on your chest.  And your breathing takes on a Star Wars villain quality.  Other than that, I'm quite spry.  I take that back.  I have a bunch of stuff on my brain that knocks me out of the spry running.  People who spend 18 hours a day occupied in their job cannot claim any part or portion of balance that would qualify them to boast any part of spry.  Right about now I'm asking myself the following:  Why did I change grades?  Why did I succumb to a lifeless lifelist of pursuits?  Have I learned anything about education in the last 30 years?  What part of my fifth graders' education can I salvage?  Is ANYBODY going to rise up and point out the sheer NAKEDNESS of the emperor??  How much more can we tamper with kids and remain out of the clutches of any sort of legal system?  Better yet, does anybody care...?
I have many questions.  No answers.  And there I will stop.  There stoppeth I.  She halts.  She's mute.  She's clammed up.  No more.  Nada.
The rest is topic for a roadtrip.  Call me if you're up for it.
Fading.  I love me some good legal drugs....
Posted by Mad Hadder at 3:05 AM

I'll go on a road trip with you and talk about all sorts of fun things. Maybe I'll go with you to pick up the hedgehogs - lol

I love your nocturnal ramblings! Hope the cold has passed by now and you are truly feeling spry. Are you ready to talk about your Subaru yet?

I love your nocturnal ramblings! Hope the cold has moved on and your feeling spry again. Are you ready to talk about your Subaru?